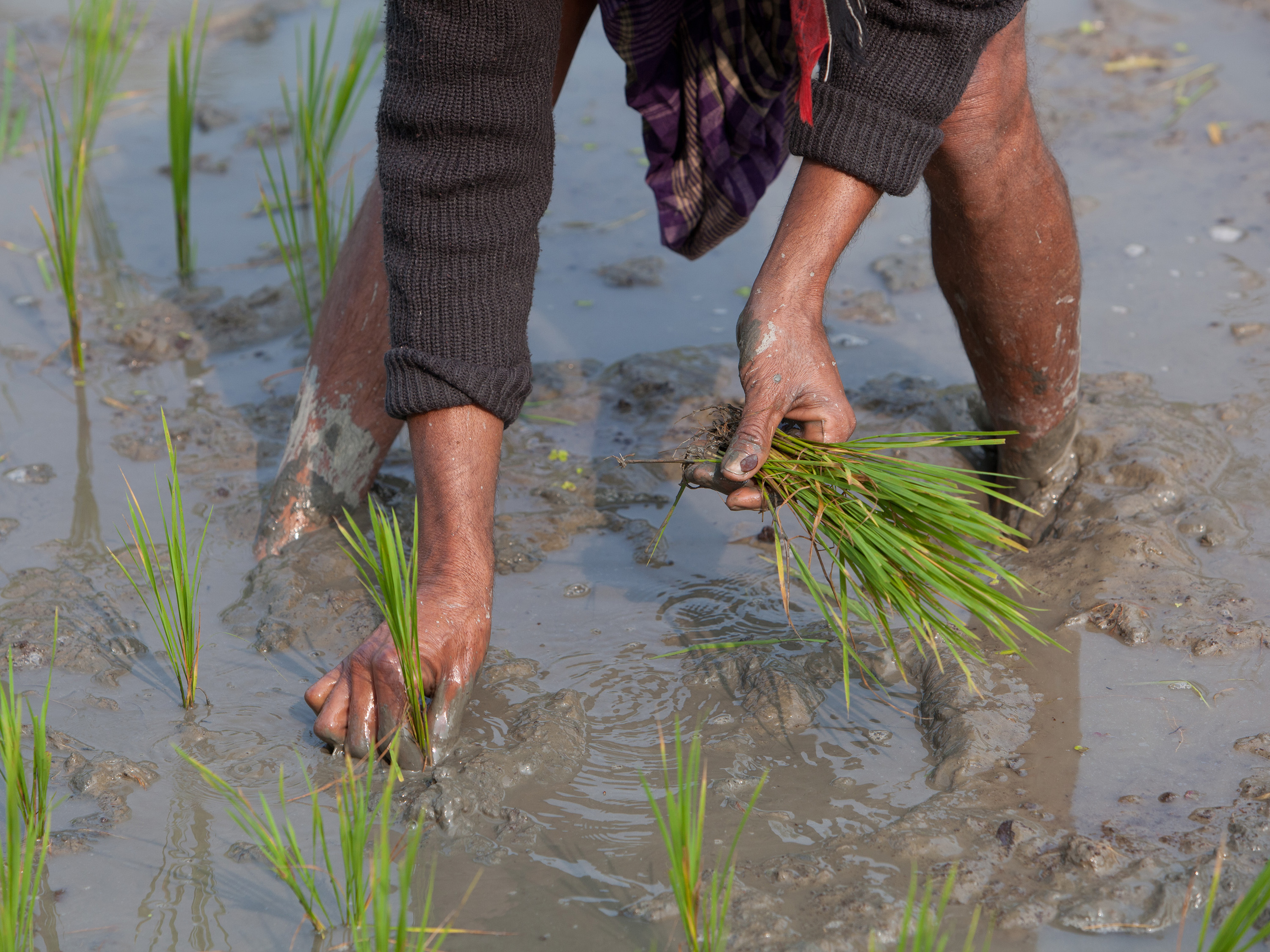 Planting rice in Khulna, Bangladesh. Photo Credit: Mike Lusmore/World Fish
Salinity intrusion in soil caused by climate-induced hazards, especially cyclones and sea level rise (SLR), is adversely affecting rice production in coastal Bangladesh. The southwest coastal district of Satkhira is one of the most vulnerable areas because of its high exposure to salinity intrusion and widespread poverty. Based on a survey of 360 farming households in four villages and on focus group discussions, in-depth interviews and community consultations, this paper explores how salinity intrusion affects rice production. This research demonstrates that salinity levels in the soil have increased sharply over the last 20 years. The introduction of saline-tolerant rice cultivars has been the most important adaptation measure being practised. These adaptation measures, however, have not been enough to deal with the sudden increase in salinity after cyclone Aila hit the area in 2009, with devastating consequences. In that year, farmers in the study areas lost their entire potential yield of aman rice production.
Read the full paper here: