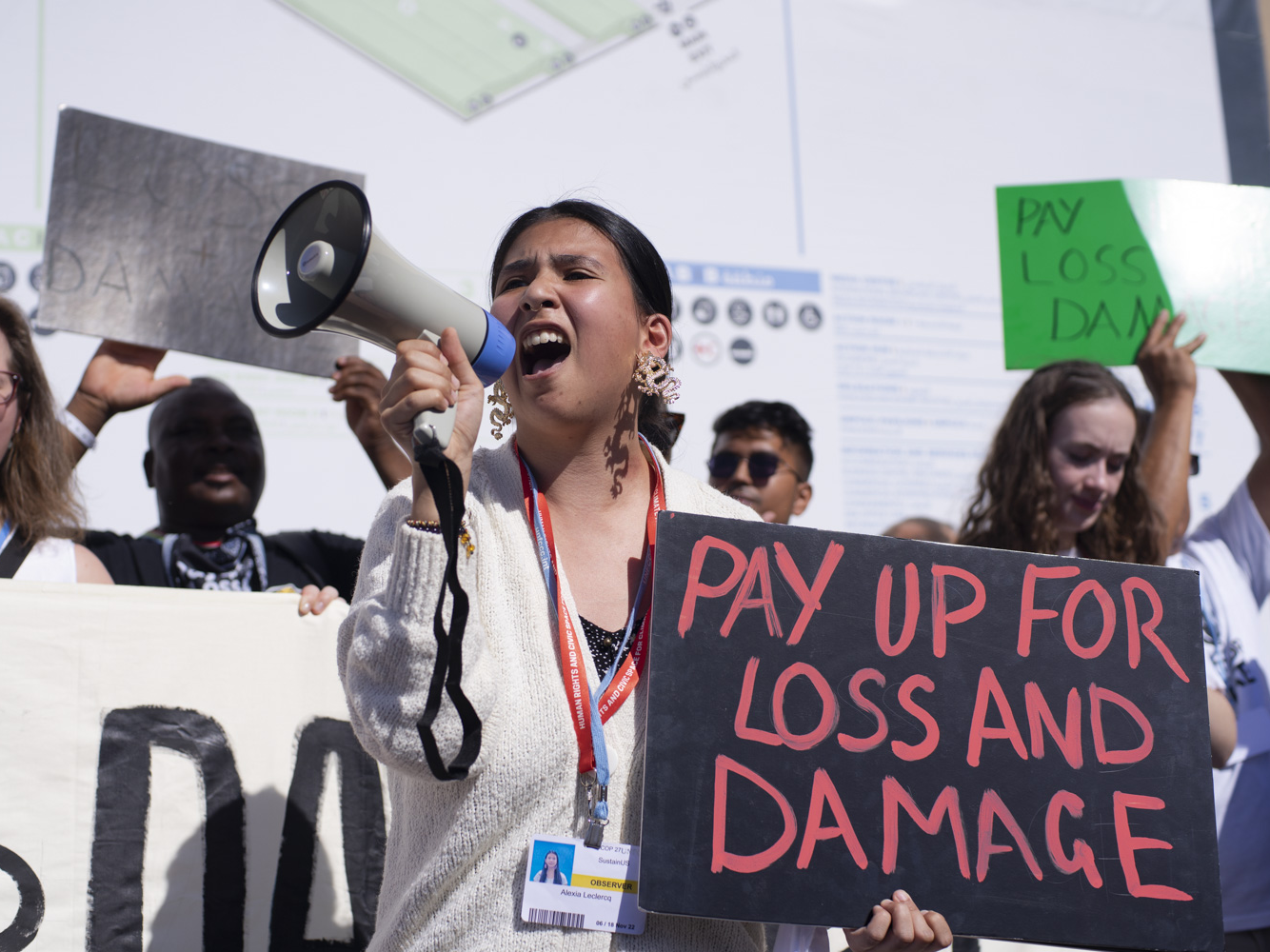 At the beginning of the second week of COP27, with more focus on loss and damage than ever before, the question is: will this be the COP to break through and establish a Loss and Damage Finance Facility? Or will rich countries continue decades of delay and obfuscation and continue to push responsibility onto the climate vulnerable?

How many times can rich countries argue that we really need to understand loss and damage, and therefore what we need is yet another dialogue?

Vulnerable countries on the front line of the climate crisis understand loss and damage. They understand what it is like to shelter from a storm of record breaking ferocity whilst destruction is all around; they understand what it means to plan the relocation of communities from their traditional lands; they understand the terrible choices families face in extreme drought with inadequate food and water; they understand that their debt burden is growing, as climate disasters strike their budgets with small and decreasing levels of international support. What they are calling for now - in voices that can no longer be ignored - is the establishment of a Loss and Damage Finance Facility.

A Global Shield or a global distraction?

Whilst within the UNFCCC there has been enforced blah-blah-blah on loss and damage, the InsuResilience Global Partnership, today being superseded by the launch of the Global Shield, have been established and are flourishing outside the UNFCCC.

The Global Shield, and before it InsuResilience, was conceived of by Germany, championed by the G20 and is now supported by the V20, the climate vulnerable group of countries.

It is early days, the Global Shield is only being launched today, but early indications are that it intends to continue the heavy emphasis on a private sector response to loss and damage, insurance, that the InsuResilience Global Partnership championed. Our recent report examines what is known about the Global Shield to date.

Given rich countries have been blocking all efforts to date to establish a Loss and Damage Finance Facility, why have they established a program outside of the UNFCCC to which they have committed the majority of the funding badged as loss and damage?

The first reason might be a “principled” one. The UNFCCC incorporates equity principles, known as Polluter Pays. The very reasonable concept that if your emissions caused the problem you have a responsibility to pay for the damage they have done. By building a program outside of the UNFCCC, these principles need not be incorporated. Instead, the focus can be on ensuring that vulnerable countries take responsibility for climate damage by paying for insurance premiums. To quote Avinash Persaud, special envoy to the Prime Minister of Barbados on climate finance, an emphasis on insurance “means the innocent victims of climate change will pay for the loss and damage caused by others: it is victim pays, just in instalments”.

The second reason might be in order to undermine the negotiations within the UNFCCC. The Global Shield, and its predecessor the InsuResilience Global Partnership, have thrived whilst delay tactics from rich countries have ensured no progress within the UNFCCC. Even at this very COP, where rich countries are arguing that all we need is another dialogue, the Global Shield will be launched, and the vast majority of (inadequate) funding provided for loss and damage be channelled into it. Is this a coincidence, or are rich countries seeking to undermine the UNFCCC principles and outcomes by championing an alternative?

The role for insurance in addressing loss and damage is small

To be clear, insurance has a role in addressing loss and damage - it is however a tiny role and one we must not over rely on, as the ever increasing impacts of climate change could overwhelm the insurance industry itself. Insurance pays out a tiny amount of the loss and damage from climate change - that proportion should be reflected in the climate finance that is provided to insurance versus other solutions.

When Hurricane Irma hit Antigua and Barbuda and 80% of the homes on Barbuda were destroyed, with recovery costs of US$ 222 million, the government of Antigua and Barbuda received a payout of US$ 6.79 million from the CCRIF insurance scheme, covering 3% of the costs. When Malawi suffered a drought in 2015/16 with an economic impact of US$ 365.9 million, the ARC insurance payout was US$ 8.1 million, or 2.2%. If these funds are provided quickly they are useful, but they are a drop in the bucket compared to need. The answer is not to increase insurance premiums a hundred fold. The answer is to look for fairer, more equitable, more able to be scaled, better value for money responses. Such as a social safety net run by the government, funded by the international community; a loss and damage recovery facility that governments can immediately draw from; any of the number of options proposed by developing countries and civil society at the many, many dialogues already held over the last decade.

Yet, so far, of the almost US$ 300 million that has been committed to loss and damage, $195 million (65%) has been predicated to the Global Shield. It is important to note that the vast majority of this funding is likely recycled from adaptation funding, other climate funding, or development funding (aid): meaning, that it’s not really loss and damage finance at all.

How will we know that rich countries are serious about loss and damage and not using the Global Shield as a distraction? The litmus test is whether they agree to establish a loss and damage finance facility at COP27, with two years to agree and put in place the necessary architecture to have funds flowing to vulnerable countries in their time of need. If they continue to block this outcome whilst seeking kudos for throwing relative pennies into the Global Shield, then it will be clear that the Global Shield is simply a delaying tactic.

More detail on the Global Shield and insurance can be seen in the briefing Is Climate Insurance a Global Shield, or does climate-related loss and damage require a different approach? Co-authored by Julie-Anne Richards, Eva Peace Mukayiranga and Erin Roberts.

The now thirty years of delay on loss and damage finance are outlined by Lyndsay Walsh and Teo Ormond-Skeaping in the briefing The Cost of Delay: Why Finance to Adress Loss and Damage Must be Agreed at COP27, alongside the arguments that have been recycled and reused over the decades to ensure that delay.

‍Julie-Anne Richards works as an independent consultant and as an expert with the Loss and Damage Collaboration. She has two decades of experience working on the climate crisis, has written extensively on loss and damage, and campaigned with civil society and in collaboration with vulnerable countries on the need for loss and damage finance.