Future Scenarios film installation, Kunst Haus Wien, Museum Hudertwasser, Vienna, Austria, (2019), Lena Dobrowolska & Teo Ormond-Skeaping
Publications
Publications
How the theme of adaptation and resilience
marginalizes
loss and damage
and why we must
focus on addressing
loss and damage
‍
BY THE LOSS AND DAMAGE COLLABORATION 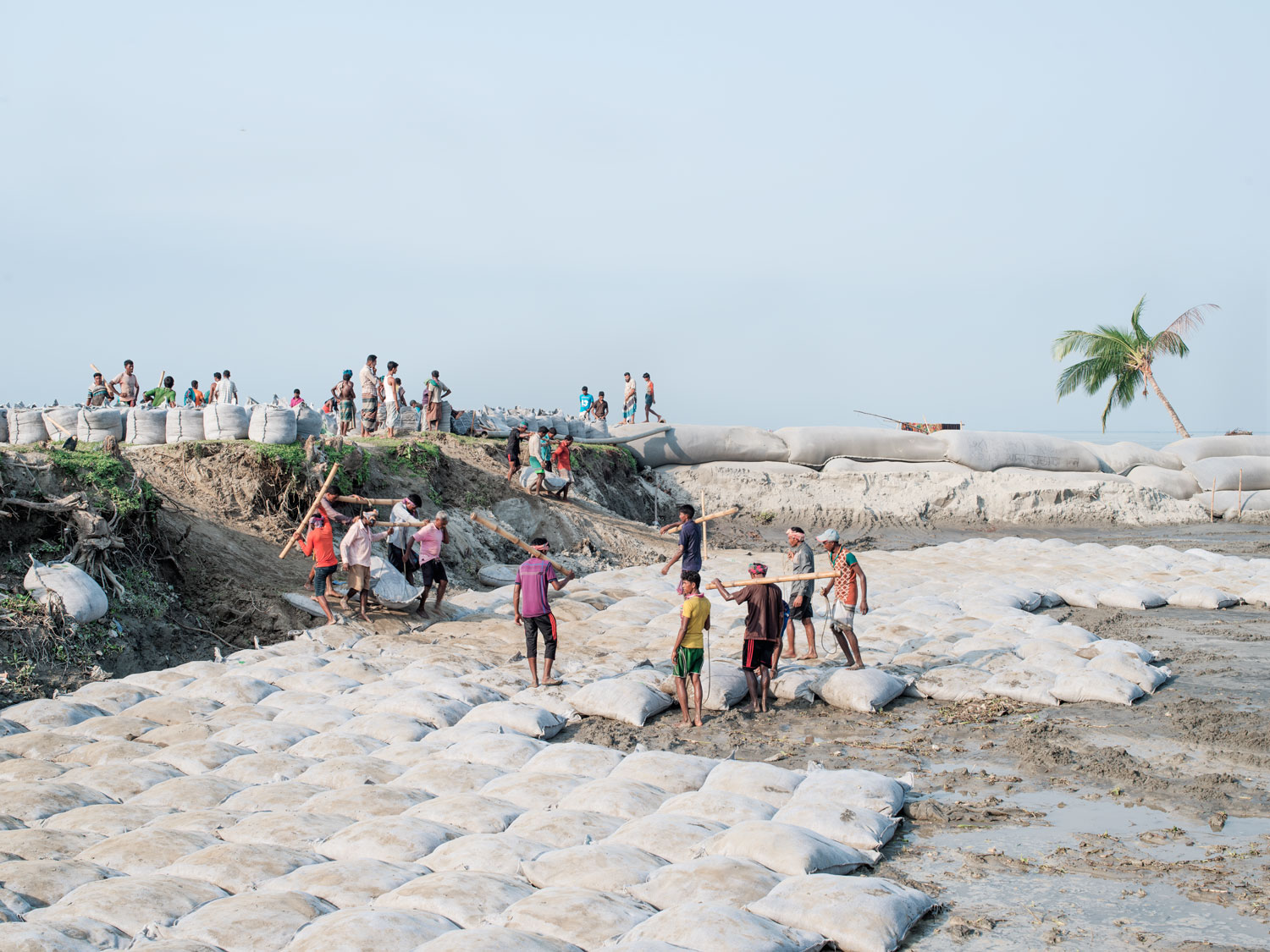 Sandbags being laid for the foundation of a river bank defence, Elisha Ferry Ghat, Bhola Island, from future scenarios by Lena Dobrowolska & Teo Ormond-Skeaping, (2017)
Despite repeated calls for Loss and Damage to be reflected prominently in the themes of COP 26, the UK presidency continues to champion Adaptation and Resilience as a key theme of COP 26, alongside clean road transport, energy transition, finance and nature. In its description of the importance of adaptation and resilience, the website for the COP 26 presidency does not mention loss and damage. Rather, it stresses that:

‍[i]nternational commitments around adaptation and resilience should deliver action which spans beyond COP 26 and provides long-term security to those that suffer the greatest consequences from climate change.

‍The theme of Adaptation and Resilience ignores Loss and Damage entirely and uses instead the term “resilience” as a blanket term, ostensibly to include Loss and Damage without explicit recognition. This is problematic on several fronts. Firstly, the UK is refusing to recognize and engage constructively with an agenda that is critical for more than half the world’s countries. Secondly, Loss and Damage has a dedicated article in the Paris Agreement. Thirdly, there is no agreement on the theme of “resilience” amongst Parties. Finally, this would appear to be part of the process by developed countries to sideline Loss and Damage. The UK, as the president of COP 26, which has been billed as an ambition COP, must be challenged for its failure to mention, let alone engage constructively with, Loss and Damage.The marginalization of Loss and Damage has also been playing out with the UNFCCC secretariat. Developing country negotiators and ExCom members have long been calling for Loss and Damage - the policy agenda aimed at addressing loss and damage - to be reflected more openly on the UNFCCC website. Instead, it is hidden amongst adaptation agendas under the overarching theme of Adaptation and Resilience; despite loss and damage being raised continuously by developing countries as a vital component of climate action. This brief describes why it is critical that Loss and Damage be reflected prominently, both as a theme for discussions and as a focus of action, in the lead up to, and beyond COP 26.