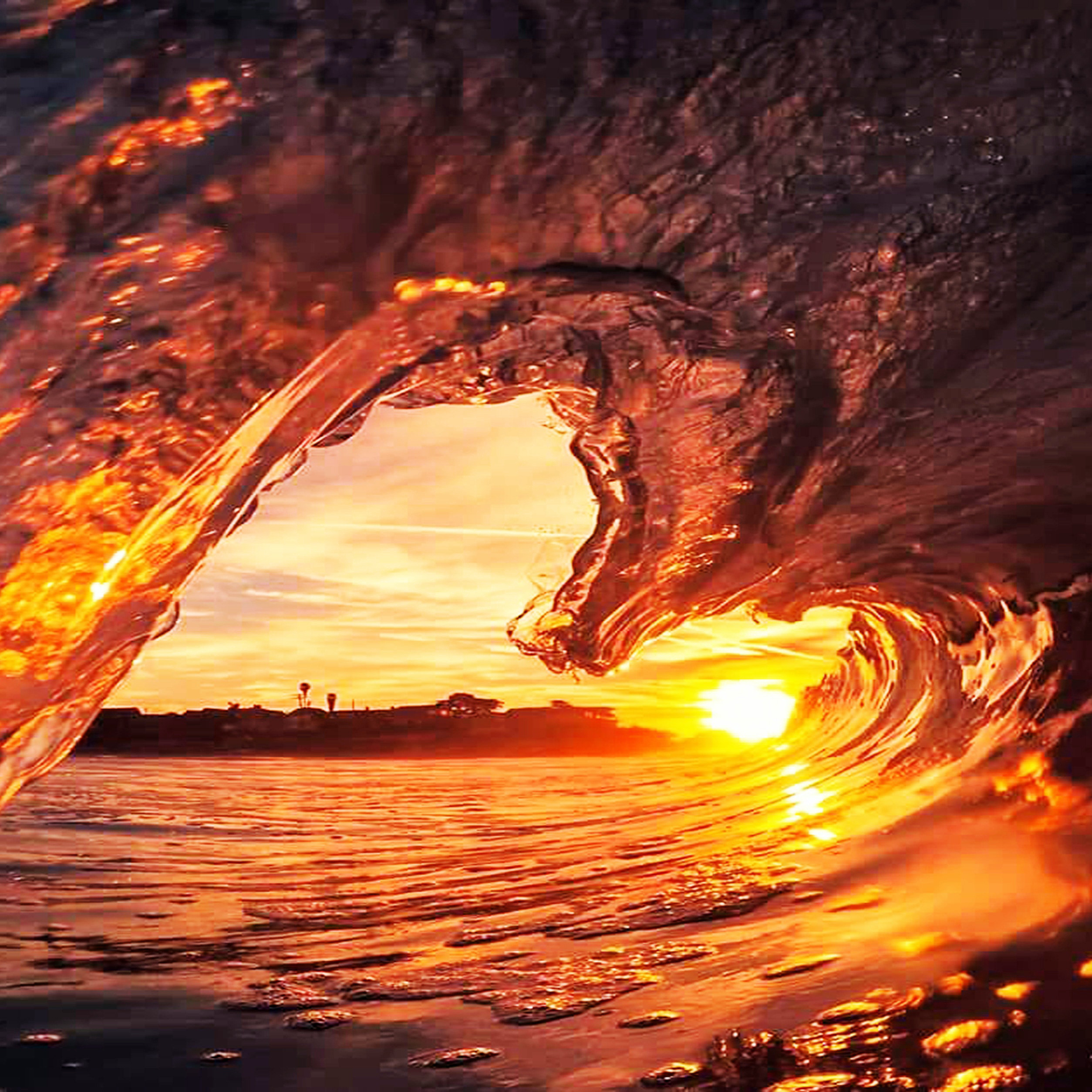 ‍Over the past few months I have been privileged to work on an important paper, which is being launched today to mark the International Day for the Elimination of Racial Discrimination. This day marks the anniversary of events which occurred on March 21st, 1960 when police opened fire without warning on a crowd in Sharpeville, South Africa peacefully protesting the pass laws, which required Black South Africans over the age of 16 to carry a pass book (called a dompas) at all times. That day in Sharpeville, 69 people were killed and 300 were injured. This is one of many unimaginable events fueled by racism which took place before and during apartheid in South Africa, a country that continues to grapple with the legacy of apartheid today. The International Day for the Elimination of Racial Discrimination remembers victims of racism worldwide and also recognizes that racism continues today and that we must take steps to end racial discrimination in all its forms.

In a previous blog, I wrote about my experiences both seeing how the Black, Indigenous and People of Colour (BIPoC) negotiators I work with experience racism in the day to day and how countries and institutions in the global North use their power to influence the global climate negotiations. In that blog, I argued that global average warming would not have increased by over 1°C if all lives were valued equally. I received a lot of positive feedback from the blog but also blowback from colleagues unwilling to recognize their own privilege. Some seemed angry with me for putting my own journey “out there”. I am an emotional person by nature and that negative feedback plagued me. It took weeks before I felt myself back on solid ground.

My career in climate policy has been largely focused on Loss and Damage which is not for the faint of heart (more on that later). Loss and Damage has become known as a “political issue”, based on its association with concepts like historical responsibility, liability and compensation. I have had many discussions with colleagues over the past few months about why we cannot allow Loss and Damage to continue to be framed a “political issue”. Why? Because, firstly, historical responsibility is inscribed in the United Nations Framework Convention on Climate Change. Developed countries also committed to supporting developing countries in their efforts to address climate change. Secondly, research by colleagues at the University College London (UCL) has found that for many representatives of developing countries compensation simply means support for addressing the impacts of climate change. Why then has compensation become a dirty word? Especially when obligations to support developing countries are already inscribed in the Convention, which guides the global climate regime. It’s because of who requires support.

One of my colleagues told me recently that Loss and Damage is political because it’s about money and that’s just how it is. I don’t agree. Loss and Damage is about a refusal to spend money. At the centre of that is value: which lives are valued and which lives are not. That’s uncomfortable folks. I get it. It’s likely why my arguments don’t resonate with many people. It’s abhorrent to contemplate that some lives are valued more than others. Our brains don’t want to go there. And yet it’s true. It’s why there is a movement called Black Lives Matter. Because of course all lives matter - but are they all valued equally? I don’t think anyone living in the world today can answer an unequivocal“yes” to that question.

When we characterize Loss and Damage as “political” we are essentially saying that it’s okay that some lives are valued more than others. When we refuse to work on Loss and Damage because the funders who support our work don’t want to engage, we are complicit in that. Martin Luther King Jr. argued that:

"Our lives begin to end the day we become silent about the things that matter."

We allow racism to perpetuate in climate policy because we are not brave enough to stand up against it and say, “Hey, that’s not okay.” Would you walk by someone being assaulted right in front of you? Then, why do you allow racism to marginalize Loss and Damage? The other day I found this quote that I quite like and tweeted it because it captured how I feel working on Loss and Damage. It says:

Characterizing Loss and Damage as a political issue is wrong. And just because everyone is doing it, doesn’t make it okay.

As I wrote above, I was prompted to write the initial blog, which launched my work on racism and climate policy because I was tired of watching countries and groups of countries be bullied – by other countries and sometimes by the very institutions that are meant to be supporting them. Now, I want to be clear. There is a lot of great work being done by researchers and academics in the global North. I am a huge fan of the Politics of Climate Change Loss and Damage project at UCL and of the work being done by colleagues at Oxford and Lund universities. The Stockholm Environment Institute is doing important work on finance for Loss and Damage. But there are some institutions that brand themselves advocates of the most vulnerable and yet have refused to work on Loss and Damage until very recently. Several colleagues from one institution in particular have told me, “We don’t work on Loss and Damage.” As if it’s somehow below them to do so and they wouldn’t dream of sullying themselves with such things. Seriously? I don’t even have words to respond to that. When I hear things like that so dismissively uttered by people I otherwise think of as logical and caring humans . . . Well,  feel like I am living in a parallel universe; a topsy turvy world in which logic is turned on its head -  because I have difficulty making sense of that.  And on those days (and many others if I'm being honest) I dream of escaping to a farm in Scotland.

Working on Loss and Damage is almost always challenging and often also lonely. I work with many amazing people and those collaborations inspire me every day. But on the spectrum of perspectives, I am on the radical end. I realized recently that what makes me radical is my wild heart.

I was raised in a small town in British Columbia to be a good kid. I got good grades. I did all the right things I was supposed to do at all the right times -  until I didn’t. As my high school graduation approached I began to feel increasingly like a square peg in a round hole to quote the famous Japanese proverb. I had decided I would become a biologist at a young age. I loved nature. I loved wildlife. I read everything Farley Mowat ever wrote. Becoming a wildlife biologist made sense. But that’s not what my wild heart wanted. It wanted to study English literature and French language. It wanted to read great novels in sidewalk cafes in Paris – and who doesn’t? But there are realities to contend with like how to get a paycheck and whatnot.  Nevertheless, one day I got up the courage to tell my dad what I really wanted to study in undergrad. He asked me what kind of job I expected to get with an undergrad degree in “the Arts”. I had no idea. My wild heart hadn’t really thought that through and didn’t really care if it was being totally honest. My dad said, “You’re good at science, so just do that”. I was not a math genius by any stretch, but I got good enough grades in the sciences that I was admitted to undergrad on the premise that I would study biology. In retrospect, my dad is a child of an immigrant from Scotland and the grandchild of immigrants from England. He was just being practical and wanted me to have a good life - a better life. He didn’t want me to struggle to find a job and thought a biology degree would give me a much better chance of a good life than a degree in “the Arts” which he thought frivolous. I wish I had known that then . . .

I remember vividly the day when everything began to unravel. I was in my first year of undergrad and on my way to the library. For some reason I suddenly stopped to look at everyone moving around me going to and from their dorms. I felt in that moment as if I was on a conveyer belt along with everyone else in my immediate vicinity. Getting an undergrad degree was one of the milestones we were meant to achieve in life; the next being to get a job then get married, have children and so on. My wild heart wanted to jump on a plane and backpack around Europe. Spoiler alert: I didn’t listen to it. I finished my degree while pushing down what was authentic and true. I did not get the stellar grades that everyone expected of me. My parents were so disappointed. They had expected so much better of me. But, the longer I suppressed my wild heart, the more difficult it became.

I blamed academia for losing touch with my wild heart. After I got my undergrad degree I said I would never grace the halls of an academic institution ever again. Spoiler alert: That didn’t happen. Eventually I decided I wanted to work in the field of “international development” (whatever that means) and that required a Master’s degree. Yikes. In order to get into grad school I had to first get a second undergrad degree. This time I studied international relations and listened to my wild heart. Grad school took me to the UK. Now I have a PhD and I’m grateful for those challenging times because they brought me to where I am today. But I can still remember the feeling as I walked to the library that day and the pain of not listening to my wild heart, which grew more and more intense, eventually manifesting in physical symptoms over the years.

Today, listening to my wild heart helps me in my work on Loss and Damage. It is an always accurate compass of what’s right. But it is also sensitive and it feels what’s wrong so deeply. It sees that those who are experiencing the impacts of climate change most acutely are those least responsible for creating climate change in the first place. It sees that these people are overwhelmingly BIPoC in the global South but that BIPoC in the global North are also disproportionately affected by climate change. It wonders why we continue to perpetuate this notion of race when it doesn’t actually exist in biological terms. And it certain wonders why we insist on creating an “other” in the first place. My wild heart is perplexed about why we don’t take more action to support vulnerable people, communities and countries. It is confused about why we don’t take better care of one another when it will benefit everyone. It wonders why we insist on continuing on a path to an above 2°C world when there are so many opportunities to be found in transforming our economies. But my wild heart is also an eternal optimist. It sees a new world emerging with so much potential for positive change -  if only we would be braver.

This story was originally published on the 20 March 2021 on the blog of the Climate Leadership Initiative which you can visit here.
‍