by Tahura Farbin and Nishat Farzana 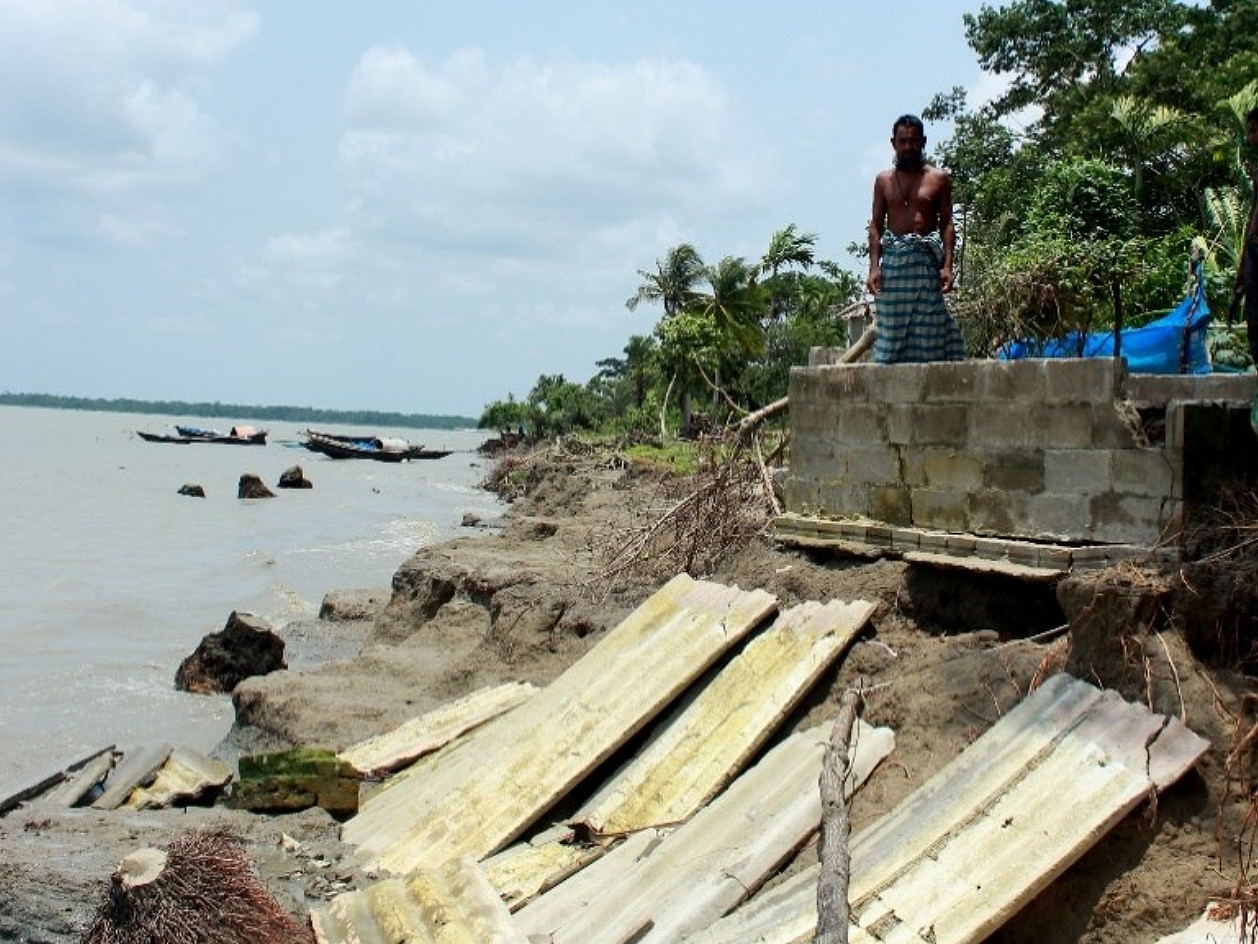 According to the Sixth IPCC Report 20221 , Climate Displacement is defined as the incident of involuntary migration when people have very few or no options except to move in the face of extreme climate events. Extreme weather events and related climate conditions have often been the causal drivers of migration and displacement in South Asia and more so due to its geographical location. Resultantly, this has intensified existing vulnerabilities of people who are living in precarious conditions in ecologically sensitive regions. According to the Internal Displacement Monitoring Center (IDMC), between 2010 and 2021, a total of 61.4 million were displaced within South Asia alone. Climate extremes often makes its presence known in the region by extreme events like river floods, Glacial Lake Outburst Floods (GLOF), extreme precipitation, and extreme tropical storms. People are forced to leave homes for temporary or indefinite periods, which typically occurs because of sudden extreme events, which starts with seemingly temporary evacuation. Additionally, already vulnerable populations are being displaced due to slow-onset processes like sea level rise, salinity, droughts and so on.

People inhabiting the vulnerable parts like low-lying lands and coastal regions in South Asia, often are the people who are forced to move at the time of climate related disasters. As a result, a large number of people often become landless and homeless without any food, drinking water, sanitation, and electricity. Consequently, they are deprived of their livelihoods, community, access to basic necessities like healthcare and financial inclusivity and support mechanisms. The economic and non-economic loss and damage is often greater for those who experience displacement.

This policy brief is the culmination of the knowledge and experiences from the ground, shared during the panel discussion on Climate displacement in South Asia held during the 5th CSD Annual Conference 2022 (13-15 October) at the University of Liberal Arts Bangladesh (ULAB), Dhaka. The panelists who contributed to the discussion were from various fields - policymakers, NGO, academia, and social scientists bringing a plethora of perspectives on climate displacement in South Asia.