Stories
Reading the Signs of the Times: Catholic Social Teaching and the Climate Crisis 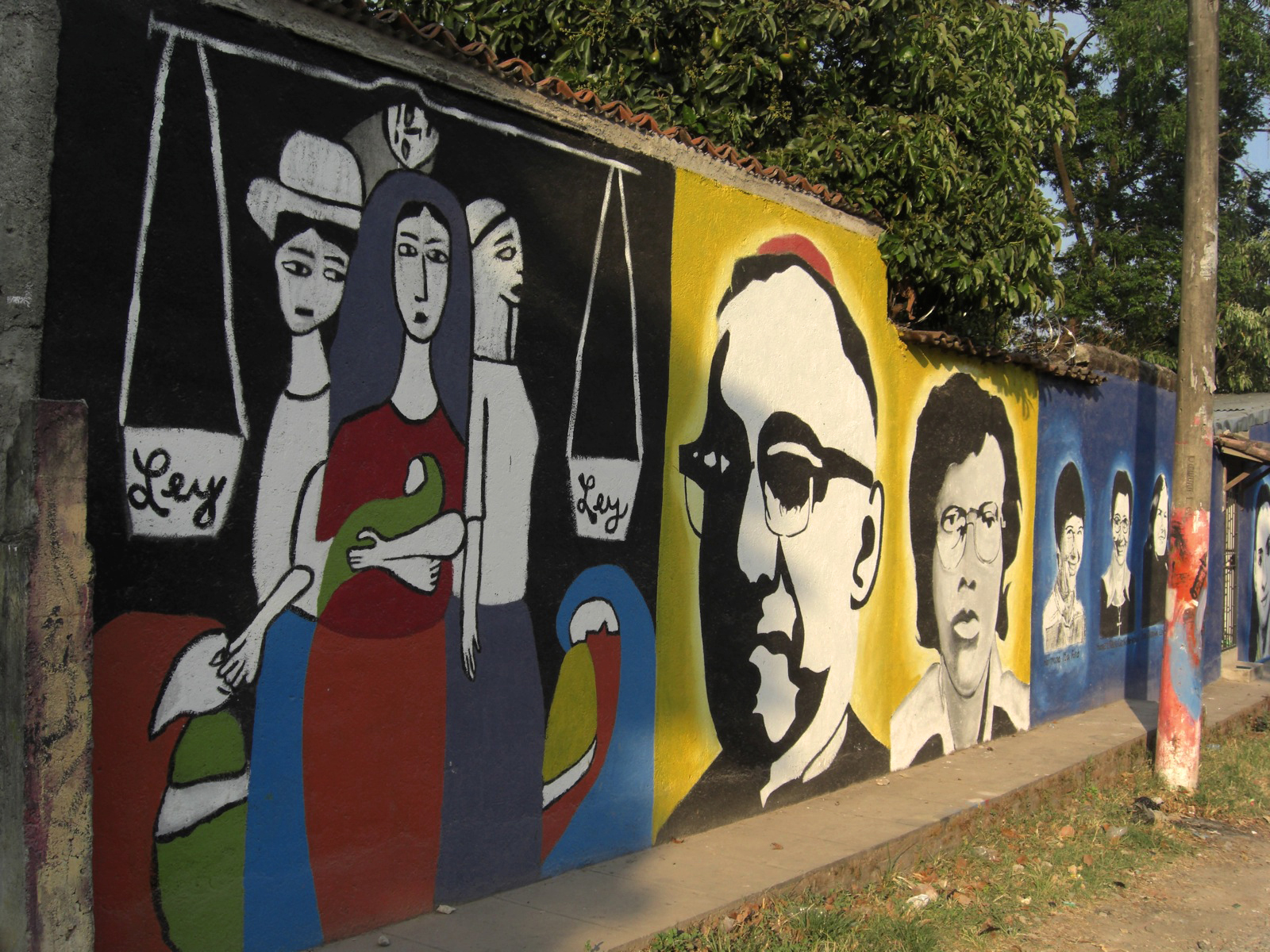 The climate crisis is not just a crisis of technology or economics, it is fundamentally a political crisis that requires political solutions. Ethical frameworks therefore can be deployed to help us interpret the necessary action to take in response to this crisis.

Today marks the publication of a paper (Signs of the Times: A Theological Reflection on Loss and Damage) which applies one such ethical framework to the issue of Loss and Damage: Catholic Social Teaching. Catholic Social Teaching provides a radical and progressive framework through which to interpret socio-political questions and provides a vision of economic and environmental transformation. It is a framework which considers people of all faiths and none, and can be a valuable tool for all actors in interpreting global issues.

This vision is rooted on the principles of the common good, solidarity, the dignity of all human people and care for God’s creation. Fundamentally, Catholic Social Teaching calls for a fair distribution of costs and benefits of society across all people, within and between nation states, in recognition of our mutual interdependence. It calls for a deep respect for one another and the planet, affirming that to harm others or the planet, whether systemic or individual, diminishes all of us and is a sin against God.

Today’s paper applies the principles of Catholic Social Teaching to climate change in 2022. The paper is structured along the “pastoral cycle approach”, framed around the “see, judge, act” model of applying this ethical framework.

We see that not enough is being done globally to even remotely get on track to fair targets of emissions reductions. We see promises being broken. We see rich countries fumbling around trying to prop up their gluttonous economic models, despite extensive scientific evidence calling for the contrary.

Whilst climate discussions at the global level are focused on preventative action, we also see tremendous suffering already being endured by millions. Recent floods in Pakistan have destroyed hundreds of thousands of homes, millions of acres of agricultural land and led to the loss of more than a thousand lives. The Horn of Africa is facing its worst food crisis for a generation precipitated by global heating. Communities in Southern Malawi and Mozambique who were still recovering from 2019 Cyclones Kenneth and Idai now have to recover from Storms Ana and Gombe which wreaked havoc on their lives and livelihoods earlier this year.

So, how should we judge what we see?

We can judge that there is an inherent injustice in the distribution of climate impacts. At an international level, it is plain to see that the profitable actions of some states and businesses have knowingly caused significant, evidencable harm in other states.

There is a clear moral and political challenge in this. Catholic Social Teaching draws from Aristotle in affirming that collective living in modern society ought to be to pull resources for the common good and to share the benefits of the polity. Yet in the case of climate, we can see this system is severely out of balance. Intra and inter-state, the riches of the few are based on direct harm to many. This lack of balance is outside of God’s vision for the world.

Catholic Social Teaching also asserts that in all of our decision-making, be it in relation to economics, social policy or indeed climate policy, we must consider the poor. "Poor" is understood here to refer to the economically, socially and politically marginalised who, as a consequence of their status and un-Godly systems, suffer oppression and powerlessness. The so-called preferential option for the poor principle asserts that in every economic, political and social decision, priority must be given to the solution that most serves the poorest.

So, how then should we act? What is the preferential option for the poor when it comes to climate change?

As outlined in the paper published today, we believe it has to be providing finance to help communities affected by Loss and Damage.

In failing to provide finance for people suffering from Loss and Damage, rich countries demonstrate their lack of global solidarity and concern for the common good. Rather than serving the needs of the poorest, rich countries prioritise “green growth pathways” and exhibit an obsession with maintaining “business as usual”. However, this self-interested “win-win” betrays their prioritisation of preserving profits over people. This itself is based on a delusion that self-interest is some sort of moral alchemy that constitutes an ethical way of organising society, and stands in complete contrast to Catholic Social Teaching.

Quite the contrary, it is our moral duty to read the signs of the times, to see the suffering of God’s people everywhere and say that the preferential option for the poor at COP27 is support to people suffering now – people who can't wait for preventative action, but who already need support and deserve justice.

It's time to build a system which truly delivers justice and distributes the costs of benefits of modern society in a fair way amongst all people. Its time to priorities the need for the poor and suffering, putting their needs at the heart of our actions instead of the pursuit of profit. It is time to chase the money lenders out of the temple, and put the needs of the people first.

Today’s paper signals intent from Catholic actors to raise our voices loudly at COP27 on this issue, and we hope the document will be of value to others, of all faiths and none.

Read the paper "Signs of the Times: A Theological Reflection on Loss and Damage" here.