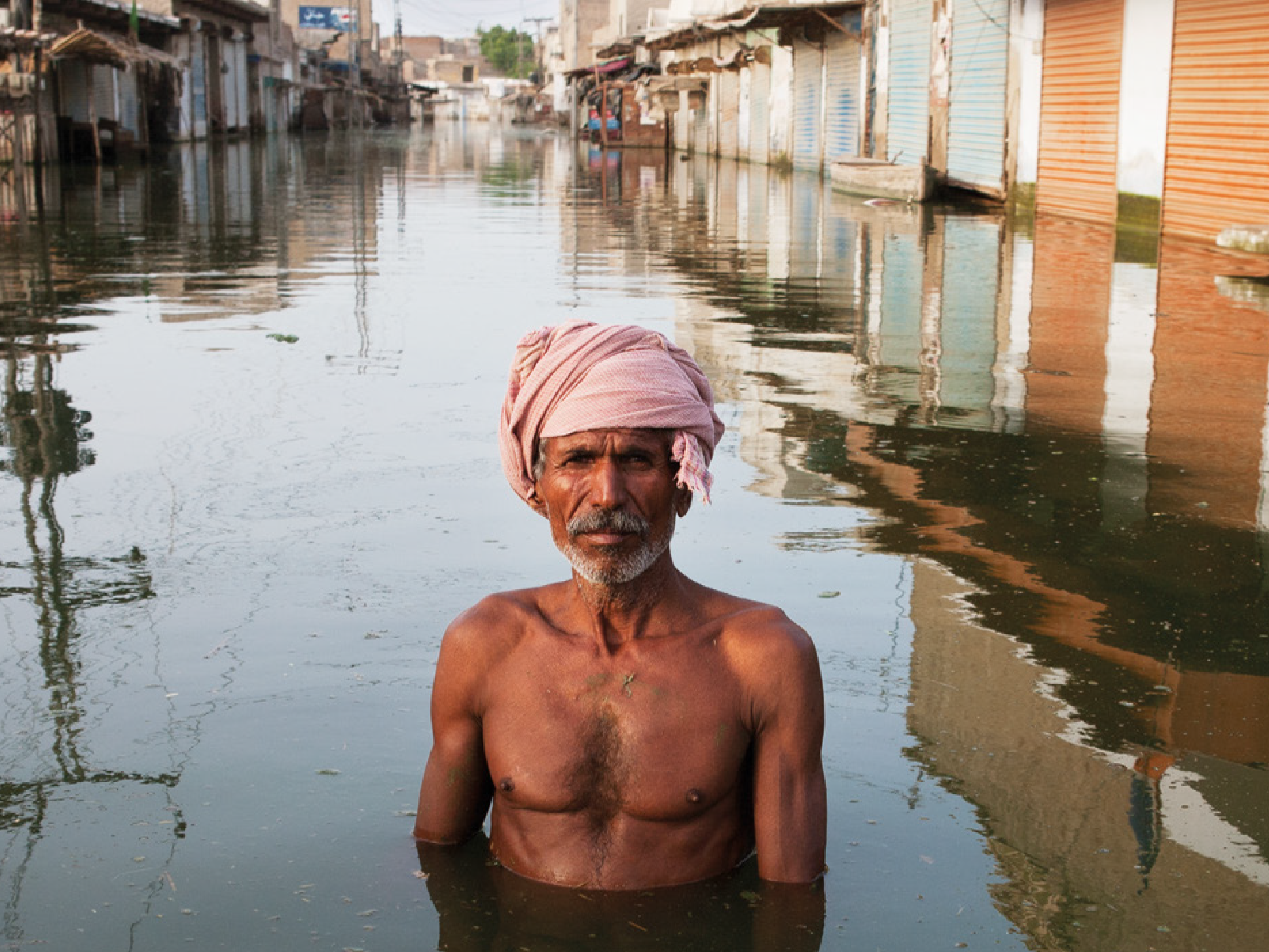 Ahmed stands in the centre of the town of Khairpur Nathan Shah which had been totally submerged by floodwaters. These floods in Pakistan caused huge economic damage and damage to infrastructure. More than 20 million people were affected and around 1.8 million homes were destroyed. Image credit: © Gideon Mendel.

We are in the era of Loss and Damage (L&D). The hard limits to adaptation are being realised and the scale of the challenge ahead is significant as impacts of climate change are greater than previously expected. The recent IPCC impacts report (IPCC, 2022a) shows extreme climatic events have been observed in all regions, with unprecedented consequences, especially related to 127 key risks identified by the IPCC. Complex, compounding and cascading risks are sweeping across sectors and regions and amongst this “atlas of human suffering” it is those regions and people with considerable development constraints who have the highest vulnerability and who have contributed the least to climate change that are suffering the disproportionate impacts.

At the climate change conference, COP26, the negotiating bloc G77 & China proposed a solution to the gap in finance available to address their needs in the form of a L&D Finance Facility (LDFF) which will be able “to provide new financial support under Article 9 of the Paris Agreement (PA), in addition to adaptation and mitigation finance, to developing countries to address loss and damage”. However, the agreement could not be secured for the LDFF’s establishment or a process to do so. Instead, the Glasgow Dialogue (GD) was established which presently remains to be defined with clear milestones and outcomes.

The objective of this paper is to contribute to achieving the establishment and operationalization of an LDFF that delivers on the needs of developing countries at speed and scale by explaining the why and how. The paper explains why the LDFF is necessary before turning to an analysis of the governing arrangements and core operational functions for the LDFF. Scenarios that elucidate the potential transformative value of the LDFF are described before the paper concludes with recommendations and a way forward to COP27 and beyond with the GD delivering concrete actions.

This report is prepared by the following cooperating organisations: