we need to curate 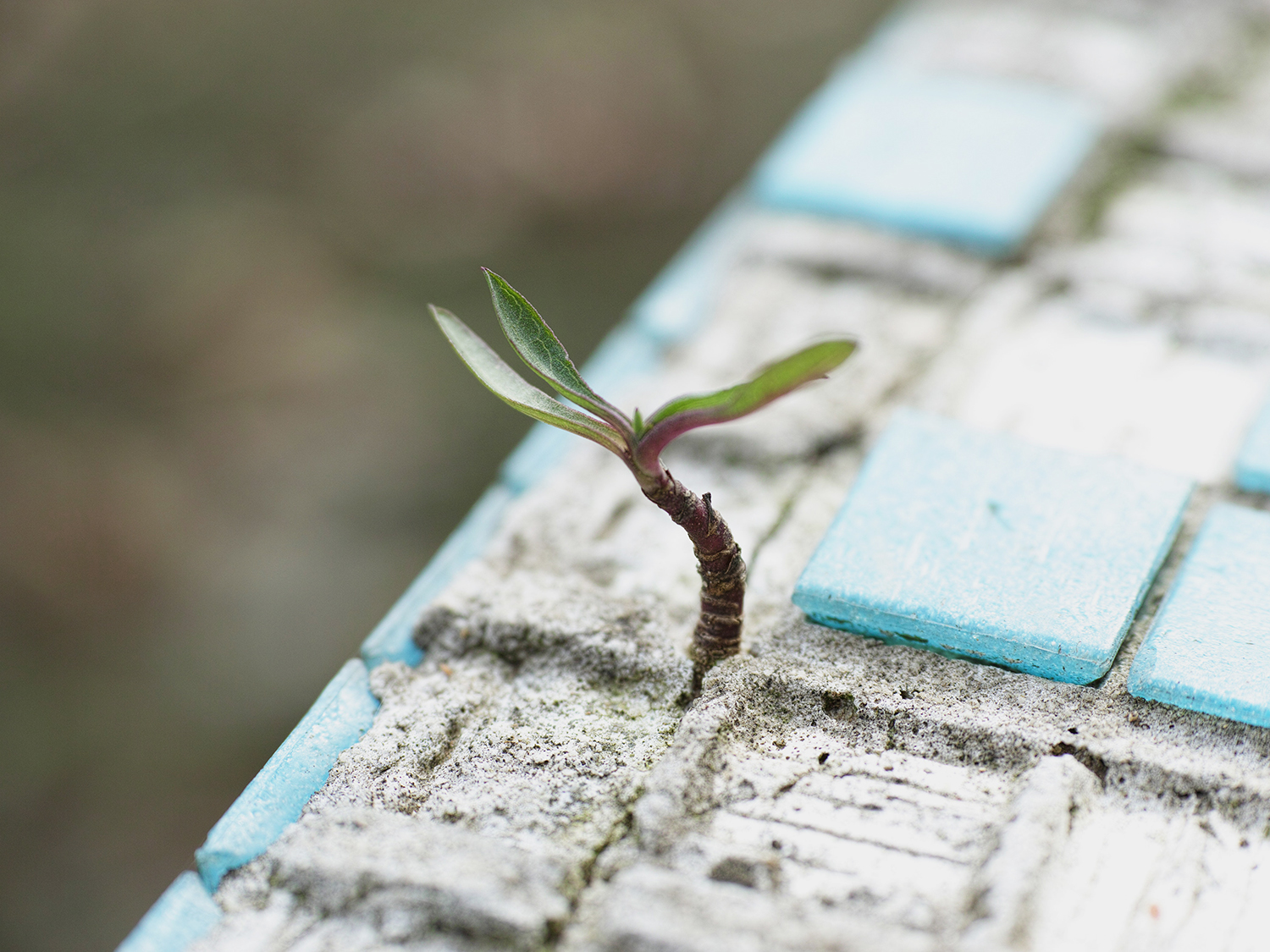 “Strength lies in differences, not in similarities.”

It typically comes as a surprise to precisely no one who has spent more than 15 minutes in my company that I have an atypical neurological profile.  It’s hard to describe what it’s like to have a brain like mine as I don’t have a sense of what it’s like to be neurologically typical. But if I had to describe my day to day I would say it feels like I was in the loo when the guidebook to being human was being passed out. Because I just don’t understand a lot of what happens here on planet Earth. Business as usual often seems nonsensical to me and that can be more than a little frustrating. Why do we so often talk about the need to transform but keep doing the same thing over and over again expecting a different result? I. Just. Don’t. Get. It.

Discovering that I had fooled no one into believing I was “normal” was initially quite devastating. The realization that a lifetime’s worth of trying to fit in was doomed from the start sent me into a bit of a downward spiral. I wondered, does everyone know I am different? Does my brain show on the outside?  [If you’re curious, Dear Reader, the answer is: Yes, yes it does.]

We are of course as humans programmed from our prehistoric days to fit in as a matter of survival and not doing so from a very young age, well, to say it doesn’t always feel good is an understatement. However, we are also fortunate to live in a time when the diversity of the human experience is slowly being acknowledged and utilized, though there is certainly a lot of work to be done on that front. What’s more, we are increasingly realizing that there is no such thing as “normal”; not in the human experience, nor in the human body. Physician Gabor Maté has recently written a book on that very subject entitled The Myth of Normal, which I’ve yet to read as it was released just days ago but highly recommend his other work.

Over the past few years diversity and inclusion has become a theme of increasing prevalence in our work on climate policy. However, I don’t believe that we truly understand why we need diversity nor why it is so critical to our collective work at all levels to respond to and address loss and damage. The reason we often cite for ensuring diversity and inclusion is that we must include all relevant voices in order to integrate the full spectrum of needs, particularly of those most marginalized, into whatever changes are on the horizon. This is critical, certainly, but it is also far from the full picture of why realizing diversity in a very real and concrete way is an essential element of our work on climate change.

It wasn’t until I read Rebel Ideas: The Power of Diverse Thinking by journalist Matthew Syed this past summer that I truly got why diversity is the only way to solve global challenges like, but certainly not limited to, climate change.

Drawing on many empirical studies, Syed dispels the myth that humans think in fundamentally similar ways. One such study by social psychologists at the University of MIchigan examined the way in which culture shapes perceptions of what we see. Two groups of people: one from the United States where culture tends to centre around the individual and another from Japan where culture tends to emphasize interdependence were shown a scene and asked to provide their perspectives of it. The Japanese subjects tended to see the bigger picture or context while the American subjects tended to see individual objectives within the scene. The Japanese subjects found it challenging to recognize individual objects in the scene while the Americans found it difficult to recognize changes in context. This collective blindness has significant implications for solving global challenges:

. . . our modes of thought are so habitual that we scarcely notice how they filter our perception of reality. The danger arises when we overlook the fact that in most areas of life there are other people, with different ways of looking at things, who might deepen our own understanding, just as we might deepen theirs (Syed, 2019: 21).

The case for ensuring diversity is compelling; yet realizing it in practice is not easy. Humans have a natural tendency to tend towards seeking out people who have similar backgrounds, perspectives and experiences. This phenomenon is known  homophily, which literally means “love of the same” and is extremely pervasive in our societies:

Our social networks are full of people with similar experiences, views and beliefs. Even when groups start out with diversity, this can be squeezed out by a process of social osmosis as people converge upon the dominant assumptions, a phenomenon known as “assimilation” (Ibid:53).

Groups of people with similar views, beliefs and experiences can eventually become “clone-like” while more diverse or “wise groups” have a very different dynamic and, as such, are rather more like “groups of rebels”. Syed explains that those within wise groups:

they do not disagree for the sake of it, but bring insights from different regions of the problem space. Such groups contain people with perspectives that challenge, augment, diverge and cross-pollinate. This represents the hallmark of collective intelligence; how wholes become more than the sum of their parts (Ibid:56).

Ensuring that a spectrum of experiences, beliefs and perspectives are represented in brainstorming, problem solving and decision making can be challenging, definitely. But only in doing so can we become more than a sum of its own parts to develop innovative solutions that we would likely not have thought of while working in our silos. Syed concludes that we need not only organizations but also societies which promote new ideas, encourage dissent and cultivate networks that allow rebel ideas to grow and flourish. This can only be done by embracing diversity.

The theme of cultivating rebel ideas continues in physicist and entrepreneur Safi Bahcall’s Loonshots. Bahcall defines a loonshot as a, “neglected project, widely dismissed, its champion written off as unhinged” (Bahall, 2019). Throughout the book he provides detailed accounts of crazy ideas which were nurtured by people written off as “unhinged”; ideas which eventually become game changers and forever altered the world we live in. While Bahcall does not linger on the types of minds which spawned the rebel ideas that led to loonshots, they likely came from people who think a little differently and certainly from people willing to challenge business as usual to make the change the world needs to see. I also recommend reading this book. There is a lot that we can learn from innovators and entrepreneurs in our work on climate policy.

Reading these and other books about how rebel ideas changed the world helped me see the value of brains like mine. Diversity and inclusion is not a box to check; nor is it something that benefits only the “target beneficiaries” of our work on climate change. Rather, diversity is an essential element of finding innovative solutions to solve global challenges like climate change. In this new normal in which diversity is embraced, the way in which I think has become an asset, not a liability. Because I have never understood business as usual I’m more prone to try new things and, frankly, we need more of that in our work. We need more risk takers who are not afraid to challenge the status quo.

This week many of the great minds working on global challenges will convene in New York for Climate Week. There are very few places in the world more vibrant than New York, making it a perfect backdrop for these important discussions. If you are in New York this week I  encourage you to seek out conversations with people who have different perspectives, backgrounds and experiences. The last time I was in New York for Climate Week  I found the most vibrant discussions just a few blocks away from the UN. Each morning I joined a meditation circle and listened to people talk about the importance of  listening to the Earth. I would also encourage you to see a play or two or three and to visit as many galleries and museums as you can. Yes, I know the days are long but these enriching experiences will help you think more creatively about your work on climate policy and make your life more colourful. I guarantee you they will.

We are fans of cognitive diversity here at the Loss and Damage Collaboration. I am not the only person who would be classified as “neurologically divergent” on our team. We believe in making room for different perspectives, experiences, backgrounds and ways of being and doing. We believe that in order to solve global challenges like mobilizing finance to address loss and damage at the scale of the needs (i.e. trillions), we need all hands on deck. We need all types of brains. We need the perspective of people from all corners of the globe, all identities and cultures and especially from those on the frontlines of climate change as they are the true innovators who have long been adapting to environmental and climatic changes. We need people from all walks of life. We need entrepreneurs, artists, economists, farmers and many others to join us in our work on Loss and Damage. In the very near future we hope to procure funding to curate salons which bring people from all walks of life together to brainstorm how we can mobilize trillions to address loss and damage. If you’d like to know more about this upcoming project please get in touch with us.

I hope that this blog has inspired you to curate and test your own rebel ideas by working with people from different communities, parts of the world and ways of thinking. Because at the end of the day humanity itself is a spectrum and don’t you want to experience more of its diversity?

Erin Roberts is the founder of the Loss and Damage Collaboration where she focuses on strategy and outreach to increase awareness of Loss and Damage among a wide range of folks. She also  develops new connections and partnerships and hopes to curate a few rebel ideas in the very near future!