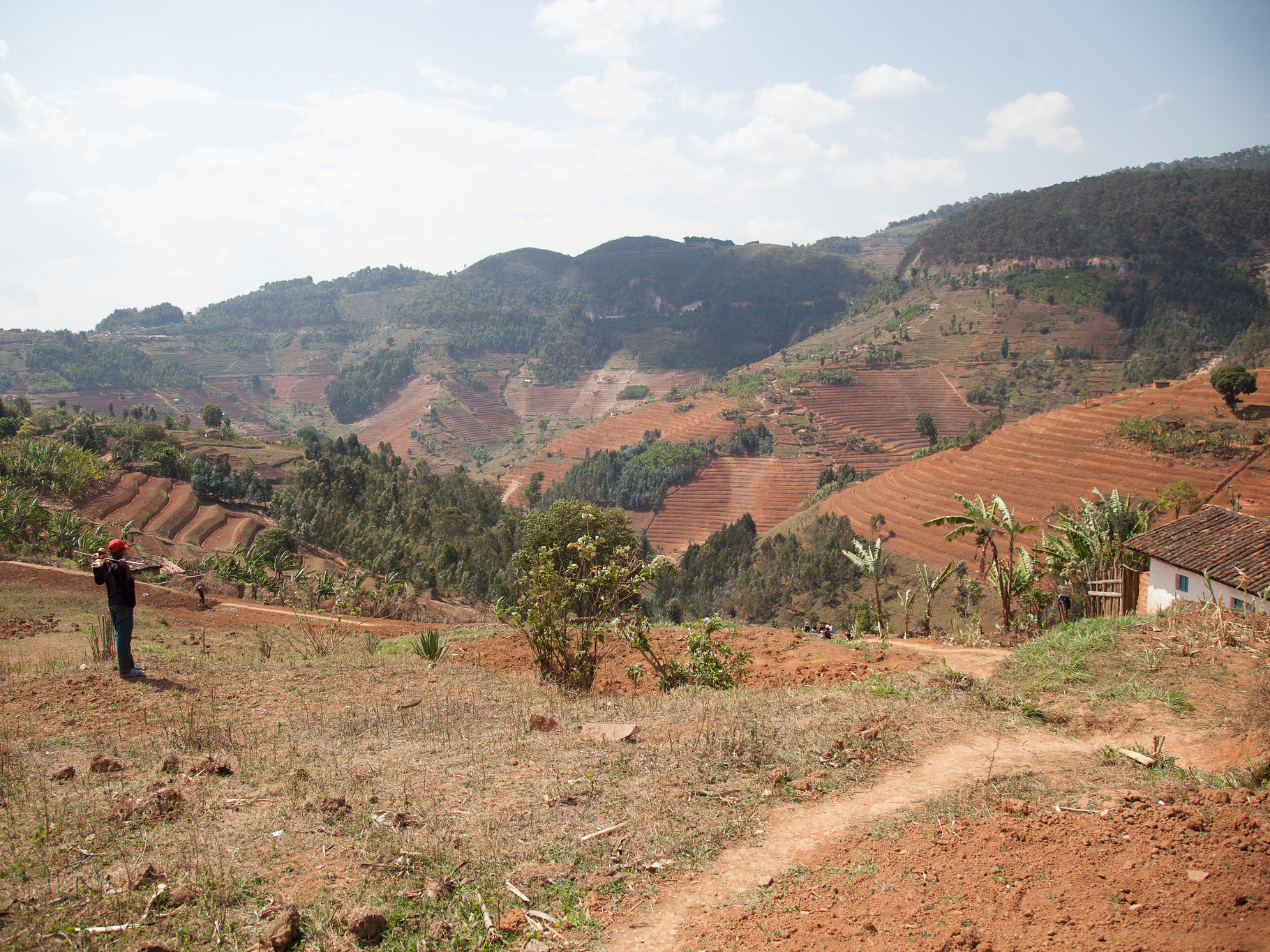 Rwanda is experiencing increasingly heavy rainfall and floods, leading to landslides in areas with steep hillsides and heavy clay soil (Photo: A'Melody Lee, World Bank via Flickr, CC BY-NC-ND 2.0)
The changes in my country’s climate and the impacts on me, my family and our communities have convinced me that we need immediate, urgent action to address loss and damage if we want to achieve sustainable development.

I was born and raised in Rwanda. For most of my life, I have lived in the outskirts of Kigali, our capital city. But I have family members in the north and went to university in the south, a privilege that allowed me to witness first hand the way climate change is impacting my home country.

During my lifetime, the temperature in Rwanda has risen, with records showing that from 1971 to 2016 the mean temperature increased between 1.4C and 2.5C. Climate change brings prolonged droughts followed by intense rainfall, the impacts of which threaten human safety and economic development (PDF).

This is deeply worrying, given Rwanda is already one of the world’s least developed countries. We have limited capacity to protect our people’s lives and livelihoods.

The most recent period of intense rainfall in Rwanda began in December 2019. It lasted until mid-May 2020. While the rain was predicted, its intensity was not. It led to flooding and the deaths of more than 130 people. The rain and floods eroded the soil, killed livestock, destroyed crops and damaged many of our roads, bridges, markets and houses.

The losses were most pronounced for rural communities, hitting small-scale farmers and low-income families, who already face so many challenges. With floods washing away crops and damaging roads, how can people get to market? How can they feed their families? How can our people achieve sustainable development?

Rural Rwandans who rely on the land for their food and livelihoods are particularly vulnerable. Not only does intensive rainfall destroy crops, it also impacts soil fertility. Land degradation affects the whole community, diminishing incomes and wellbeing. Agriculture employs 62% of Rwandans: climate change puts all these people at risk.

Many people are being displaced. My own family, who live in the northern Musanze district, were forced to move to a new region. More than 1,000 families were forced to relocate to save their lives.

My family had a small and cosy house, with a kitchen, living room and three bedrooms, but they had to leave with just their clothes in bags, to be allocated space in a communal house. Such stories are far too common and I don’t want them to repeat.

Some impacts are repairable, at a cost. The floods destroyed at least 64 bridges, 124 roads and numerous health centres, and 13 water supply systems were damaged. The people depending on these facilities were already struggling to meet their basic needs.

Losing infrastructure feels personal to me: every week I travelled 12km to get to school because there was no proper local school. I know education is a privilege, and not accessible to many kids in developing countries. Climate change is making such barriers harder to overcome.

Climate change impacts from January to April 2020 cost Rwanda at least US$13 million, money that could have been used to build schools, hospitals, markets and roads.

Women and girls are hit hardest

When our infrastructure is damaged, the burden falls disproportionately on rural women and young girls. Some 76% of Rwandan women rely on farming as their primary source of income.

Rural women are culturally bound to manage the wellbeing and food security of their households. Fetching cooking wood is a daily activity for every rural woman, and young girls often don’t go to school until after they have collected water and prepared meals.

Droughts and flooding make these tasks  harder. When floods wash away agricultural incomes, it’s the women and young girls who are left with nothing.

The irreparable losses of climate change are devastating. In 2018 alone, storms, floods and landslides killed 80 people and injured 212 more, and 4,796 homes have had to be abandoned.

These impacts are often referred to as “climate change loss and damage”, meaning climate impacts that people are unable to cope with or adapt to. Vulnerable populations do not have the capacity to cope, lack the resources to effectively adapt, and are already experiencing losses and damage as the result of climate change.

What can we do?

As a young climate change activist, I want to see innovative approaches that will enable sustainable development.

We need to challenge current paradigms whereby foreign actors pre-determine areas of intervention for building climate resilience in my country, with minimal/controlled participation by the people of Rwanda.

We need to eradicate the climate change knowledge gap, and go from simply recording disasters to understanding their far-reaching impacts on people and ecosystems. We need to strengthen the institutional capacity of governments and civil societies in least developed countries through collaboration with partners.

Development partners should address the root causes of community vulnerability, simultaneously taking a bottom-up and top-down approach, by, for example, addressing the economic aspects (transport, markets) and also education.

I hope to see organisations invest in programmes that strengthen the resilience of low-income rural families, especially women and young girls. For example, projects that listen to and hear the voices of vulnerable families and empower them to design solutions that draw on their unique local and indigenous knowledge, and provide an opportunity to work with partners on implementation.

Loss and damage has become a reality in Rwanda. It is undermining our economic and social development, and rural women and girls are at the frontline. An urgent response can begin by collecting data on loss and damage, exposing the gaps that are not being addressed and calling for action at the national and international level.

This article was originally published on the website of the International Institute for Environment and Development (IIED) on the 03rd of September 2020. See the original article here.